MJ Morning Show is back -- as a podcast!

(10/22/19) -- After nearly eight long years of missing the MJ Morning Show and the humor and entertainment this long-running radio program brought to our ears each weekday morning, loyal fans are thrilled to learn that the show is coming back. While it won't be airing on any terrestrial radio stations and won't be a live broadcast (at least for now), it will be available in an on-demand format as a podcast.

The first episode of the MJ Morning Show Podcast was made available on Tuesday, Oct. 22, 2019. It is available on all of the major podcast platforms, including Apple Podcasts, TuneIn Radio, and iHeartRadio. An initial promotional episode was released with MJ previewing the podcast. He said that he, Froggy, and Fester will reunite with special guests like Dave the Dwarf.

The last time any of the crew members were together with hot microphones in front of their faces was on Friday, Feb. 17, 2012. This means it was 2,804 days between that final radio broadcast of the MJ Morning Show and the release of the first podcast episode.

MJ had mentioned here and there on The Schnitt Show that there could be some sort of relaunch of the MJ Morning Show in the future. Loyal fans likely hoped that it would be a live, daily radio show like it used to be. However, since so many years have passed now, we should all be incredibly grateful for this opportunity to hear our favorite radio personalities get back together. It will be fascinating to hear what they talk about, what secrets they reveal, what new bits they might come up with, and what they've all been up to over the past several years.

Check back to this fan page for updates on the podcast.

After nearly 3 years removed from pulling double-duty with the MJ Morning Show and The Schnitt Show, MJ got the itch to return to his crazy schedule of hosting 2 radio shows per day.

On Jan. 26, 2015, MJ became part of "The Len Berman and Todd Schnitt Morning Show" on 710 WOR-AM in New York City. Berman, 67, is a longtime New York-based TV sportscaster, while MJ returns to the No. 1 media market for the first time since the early 1990s when he worked for Scott Shannon's morning show on WPLJ-FM.

MJ's new morning show runs from 6-10 a.m. live from the iHeart Media (formerly called Clear Channel) studios in Manhattan. The show is different from the MJ Morning Show as it runs on a news/talk AM station rather than the Top 40 CHR stations that the old morning show aired on. You likely won't hear too many crank calls, parody songs, or crazy parking lot stunts, either. But it is another opportunity to listen to MJ in the morning. You can stream the station online and on the iHeartRadio mobile app.

Loyal MJ Morning Show fans are likely disappointed to hear that MJ had 3 offers on the table to relaunch the MJ Morning Show. In fact, in one case, he said he could have brought back some of the old crew members to the show because of the contractual agreement he was offered. No word on who he meant, but it was probably Froggy, Fester, and even Meredith. The reason MJ gave for turning down these offers and accepting the one in NYC was that he could not pass up an opportunity to work on such a legendary radio station in such a major market, not only in the U.S., but worldwide.

This new show in New York City probably nixes any chances of the old MJ Morning Show ever returning to radio. But as long as MJ is on the air somewhere, you never know about a potential reunion of some former cast members - or at the very least some ongoing updates of what everyone is up to these days.

UPDATE: After just shy of three years, MJ parted ways with WOR-AM in New York City in October 2017.                   He said he was unable to come to a contract agreement to continue hosting the morning show on this legendary station.

Where are they now?

Since the MJ Morning Show aired its final broadcast on February 17, 2012, the show’s former crew members have gone their separate ways. Some are still in radio, while others have moved on to very different career paths. As of July 2013, here are updates on what some of the crew members are up to these days:

MJ – The former captain of the MJ Morning Show continues to be successful in radio. He remains as the host of the 12-year-old, nationally-syndicated talk show The Schnitt Show, which is based out of Tampa, Florida in the same Clear Channel building where he hosted the morning show for 18 years. The Schnitt Show airs from 3 p.m. to 6 p.m. ET in over 50 markets. It’s more politically-oriented and focused on news and current events compared to the pop culture focus of the morning show. MJ said not to long ago that he intends to move to Colorado at some point in the next few years. No word, though, on whether he’d continue to do the show from out there or if he has any plans outside of radio in his future. He is an investor in a new restaurant chain called PDQ and is involved with a new piece of software in the auto industry.

Froggy (2) – We all loved Froggy’s humor, crank calls, and bad-boy personality. But unfortunately, his comedy is no longer being showcased on the airwaves. Believe it or not, Froggy is working for a family-owned shelving and fixture business called Madix Store Fixtures located in Tampa that he apparently intends to take over some day. His father-in-law owns it now. According to LinkedIn, he works as a manufacturer’s representative for the company. This seems like a far cry from radio, but you’ve got to give him a lot of credit for starting a career in something totally new.

Hurricane – We all remember the MJ vs. Bubba lawsuit from earlier this year. Ironically, Hurricane is now a member of the Bubba Radio Network, working for MJ’s radio rival Bubba the Love Sponge Clem. He is currently an executive producer of the show, which he joined in the fall of 2012.

Meredith – Along with Hurricane, Meredith is also still in the radio business. For about six months, she worked for 98.7 The Fan in Tampa, an FM sports talk station where she served as a producer on the station’s Kirk and Dinger Morning Show. Now, however, she holds a similar role on Wild 94.1 FM’s Orlando & The Freakshow morning program in Tampa, which is in the same building as 98.7. Apparently the early-morning alarm clock jolt doesn’t bother her as she has continued with a morning work shift.

Dave the Dwarf – Dave was always known for doing appearances around town, especially at strip clubs. He has continued doing these gigs at Showgirls, a club in Plant City that he used to promote all the time on the MJ Morning Show. Now at 49 years old, Dave is several years past the age of 45 that the oldest dwarf with his condition apparently lived to be. He has had some health issues over the past few years, but he’s still going strong at 3’2’’.

While the MJ Morning Show Fan Board forum is no longer active, you can still view all of the old posts by visiting the WayBackMachine Archive of Forums. 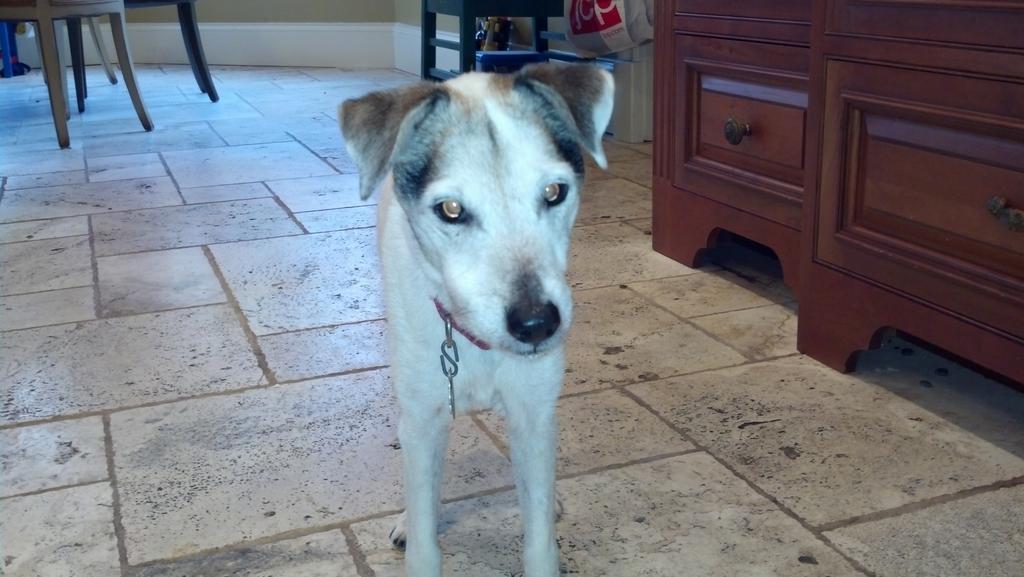 Jan. 30, 2013, the same day MJ got the unwanted verdict in his defamation trial, he and his wife had to put down their 17-year-old female Jack Russell terrier, Scarlett. She was diagnosed with an aggressive form of cancer in 2012 and was not expected to live past Thanksgiving. The couple has a male Jack Russell named Romeo who is about the same age. The dogs were infamously the center of attention on the MJ Morning Show when one of them escaped from the house and went missing. MJ had to leave the show to help find the dog, which he ultimately did in a short amount of time. He had a vet come to the house to euthanize her and put her out of her suffering. 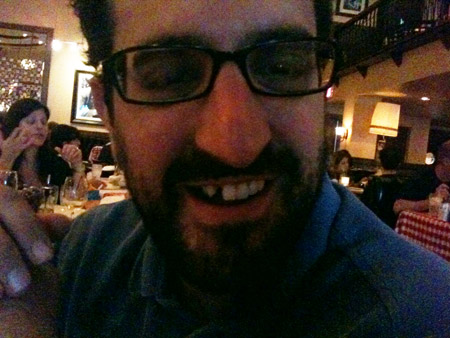 In the fall of 2011, it was revealed on the show that Froggy would no longer be doing his prank calls. This meant no more Dementia Don, no more Rob Ripple, and no more Johnny Stankface. At the time, he was on a schedule of recording three new calls each week for about eight months.
Froggy has also done parody songs in the past, some of which have been funny with a lot of creative thought put into them. Many of these songs were about celebrities and included various audio clips and sound effects. A few years back, he recorded an entire "Frogawogs" album and made it available on iTunes. It was basically a take-off on kids songs.
I think I can speak for most MJ Morning Show fans when I say that "we" miss Froggy's creativity. We miss his more frequent contributions to the show, which have been dwindled down to only his commentary on the various topics MJ brings up each morning. It sure would be nice to hear more out of Froggy. It's really a shame management (apparently Tommy CHuck) took away some of his opportunities to be creative.
But Froggy should also step to the plate and come up with some new ideas for bits, such as parody songs or anything else that isn't a prank call since he can't do those anymore for whatever reason. How about some funny adio compliations? How about some parody songs poking fun at the Kardashians? The sky is the limit, and I hope this post will prompt some action out of Froggy and the rest of the show. With only three hours of a morning show these days, you'd think the crew would have more time to produce and execute more creative bits. Let's hear some!

More From the Show